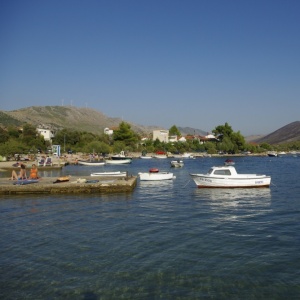 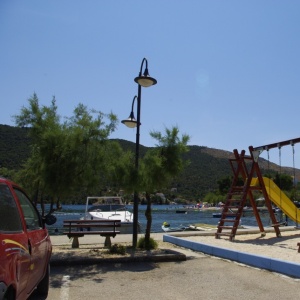 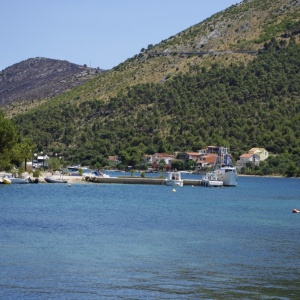 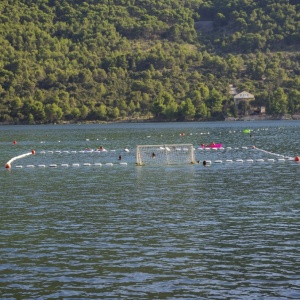 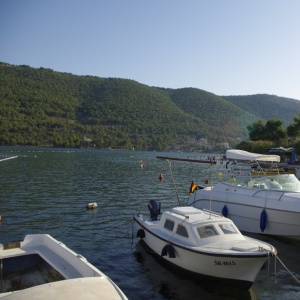 Welcome to Grebaštica!
Grebaštica today is represented by the line of uninterruptedly connected smaller bays, as well as of the little villages in its hinterland. Directly by the sea from the north to the south the bays are the following ones: Galešnica, Banovci, Dumići, Jakovljevići and Šparadići. The hinterland of Grebaštica consists of four villages: Konoba, Brnjača, Svirčići and Gornji Banovci.
Each and every part of Grebaštica is unique in its own way. However, the center of Grebaštica is considered to be in Banovci (by the sea), where you can find store, cash machine as well as the most of the restaurants and coffee bars.
It doesn't matter which part of Grebaštica you choose for spending your vacation - we are sure you will have a good time! 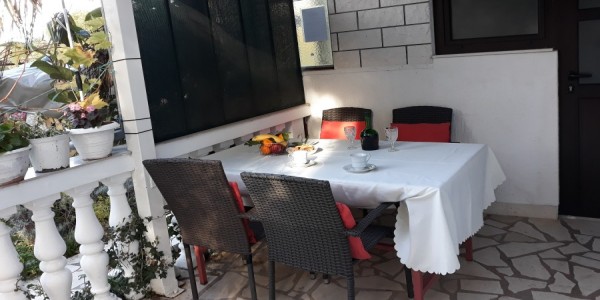 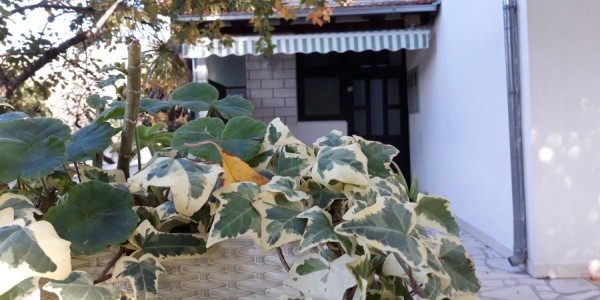 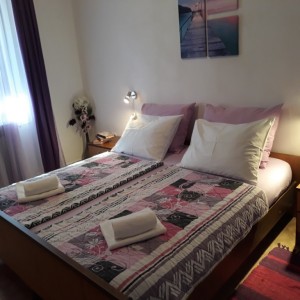 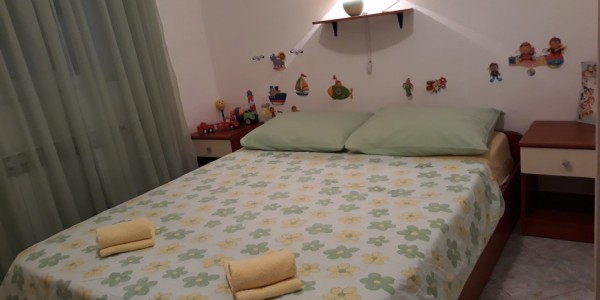 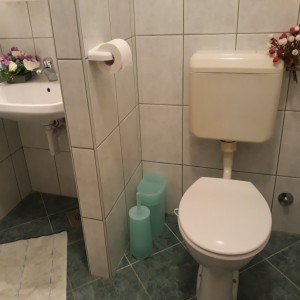 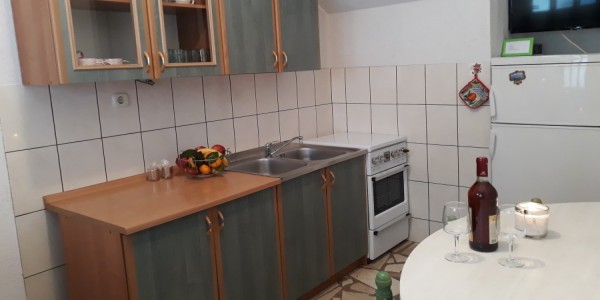 Apartment J-4
The apartment is located on the ground floor. It consists of two bedrooms (one room with double bed, the other room is a children's room for two), kitchen, bathroom. The apartment has a large terrace overlooking the sea. 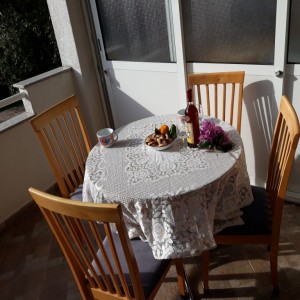 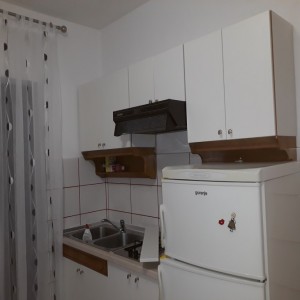 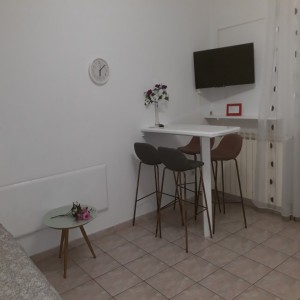 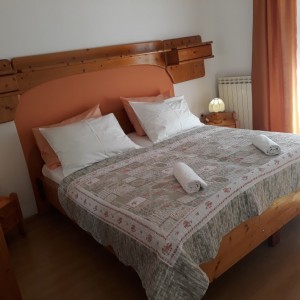 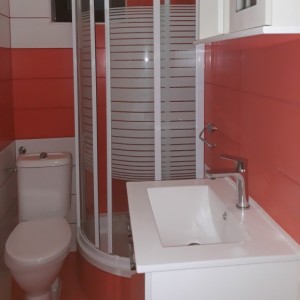 Apartment E-4
The apartment is located on the first floor. It consists of one bedroom with double bed. Living room with sofa bed, kitchen, bathroom and two large terraces - one terrace has sea view.

Apartment K-6
The apartment is located on the first floor. It consists of two bedrooms (one room with double bed, the other room with four beds) two bathrooms, large kitchen, two large terraces - one terrace has sea view. 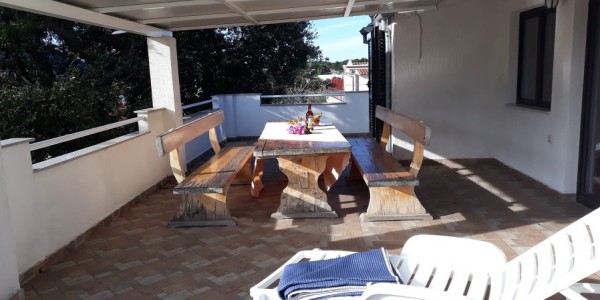 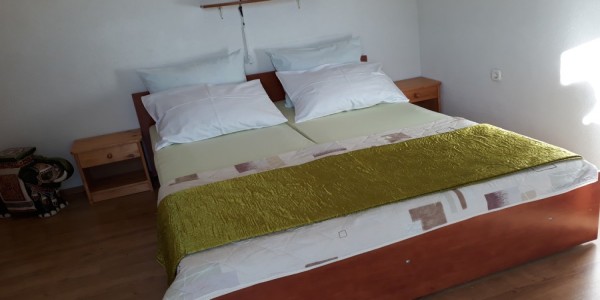 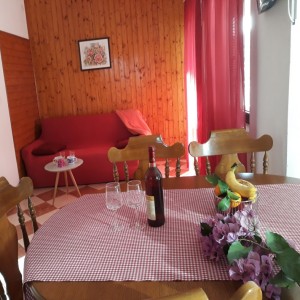 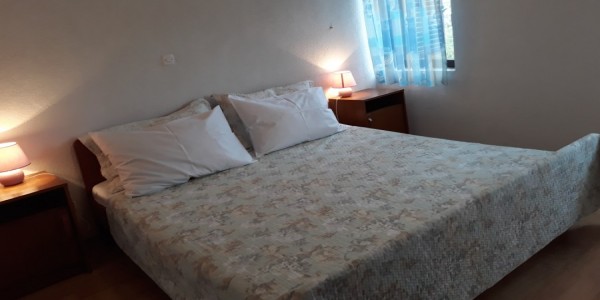 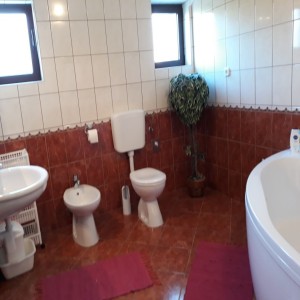 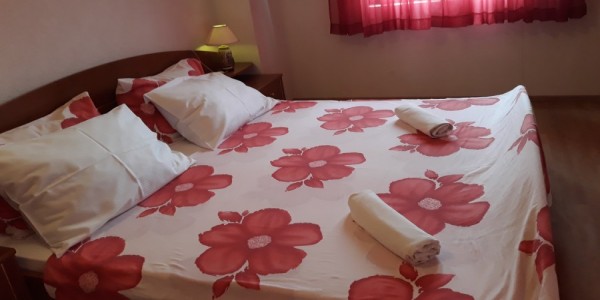 Discount for longer or out-season accommodation.

Departure: up to 10 hours
Arrival: after 14 hours

The owners of the apartments speak English and Croatian.

Šibenik is located in the central Adriatic, in the picturesque, indented bay that is influenced by the Krka, one of the most beautiful Croatian karst rivers. Today, Šibenik with its 46,332 inhabitants is the administrative-political, economic and social-cultural center of the County of Šibenik-Knin.
The island part of the Šibenik-Knin County consists of 242 islands, islets and rocks. The largest island group is the Kornati islands, which stand out for their extraordinary beauty recognized throughout the world.
The Šibenik area is characterized by a Mediterranean climate with hot summers and dry and mild winters. In the most part of the Šibenik region, the bora and the south smoke, and along the coast the refreshing mistral.
Šibenik is recognizable for its cultural and historical sights and natural beauties, and it boasts as many as two UNESCO-protected monuments, the Cathedral of Sts. James and the fortress of St. Nikola and these two national parks, Krka and Kornati. There are as many as three fortresses in the city: Sv. Michael, Barone, Vol. Ivan te sv. Nicholas from the sea from where a beautiful view of the canal St. Ante and the city of Sibenik itself.

The national park is a vast and primarily unaltered area of exceptional natural value, including one or more preserved or insignificantly altered ecosystems. The purpose of the park is primarily to serve science, culture, education and recreation, while tourism activities have also been introduced for its visitors.
Including the submerged part of the river at the mouth, the Krka River is 72.5 km long, making it the 22nd longest river in Croatia. It springs in the foothills of the Dinara mountain range, 2.5 km northeast of Knin. With its seven waterfalls and a total drop in altitude of 242 m, the Krka is a natural and karst phenomenon.
The travertine waterfalls of the Krka River are the fundamental phenomenon of this river.
Source: NP Krka

The history of Split is over-flowingly rich and turbulent to fit in just a couple of sentences. Although the Split area was earlier inhabited by the Greek colonies, Emperor Diocletian should be considered its first citizen and founder. Starting his lavish villa of around 300 square meters near the great city of Salona in 293 AD, only to retire from the Roman throne. Within its walls after building it for ten years.
Turbulent centuries that followed turned the villa into a city. Conceived by the fugitive inhabitants of Salona who fled from the Avars and Slavs. Many authorities changed hands in the city which, in the years to come, grew beyond the Palace walls, from the Croatian Kings in the 10th century, through the Hungarian and Venetian administration, to the French rulers and the Austro-Hungarian monarchy. Modern age and the 20th century "moved" Split from the kingdom of Yugoslavia. Through tragic, yet heroic times of the Italian and German occupation during the Second World War when Split was one of the centres of anti-fascist resistance, to the Socialist Yugoslavia and the present period of the free and independent Croatia, member of the European Union.
Tumultuous history leaves its trace in the everyday life of the city. That always moved steadily forward, remaining the centre of this part of the coast to this day. In those mixtures of history layers, clumsiness was inevitable. Sometimes even rashness in development, but today it is all a part of its originality. Great city beats today with the silent whisper of history, the lively spirit of youth and charm of the Mediterranean yet in every way also Croatian warmth...